It certainly didn’t seem right to just shuffle off back down the valley without further exploration, so I had a choice of either going up to Hanging Valley or to Moraine Flat.

The Flat it would be, although you can guess it’s not flat at all. Much is scrambling up, or at least alongside the river, which has decreased substantially in water volume. Some slimy boulders to negotiate for a section, then the water dried up completely as it went underground.

After less than an hour I broke out of the forest and went up on the gravel/boulder field for a while.

It has to be one of Canterbury’s most impressive valleys, with Mount Greenlaw, 2315 m on one side, and some steep-sided mountains that went up above 2000 m, like Mount Avoca, 2131 m, and Mount Gizeh, 2162 m. With the lower part of the flat around 1100 m, that means the cliffs rose sheer for almost a kilometre.

Add in the impressive Hanging Valley waterfall, 43 m, and it turned into an excursion certainly worth doing.

Standing in a rock field with those surrounding enormous walls made me feel totally insignificant in the world. That was a liberating thought. I was just another ant dashing hither and yon. Some places might be meant to be experienced with others, or at least another, but I made the most of it, sitting in the strong sunlight for an hour to take it all in.

Some misty cloud on the western peaks, then a few drops of rain.

Lunch back at Avoca Hut, then the afternoon heading back down the valley. As expected the slope was easier this time around, and I found it preferable to stay on the faint four-wheel-drive track rather than freestyling through the boulders.

As might be expected no one was in the Basins Hut when I arrived back with my fully rinsed boots.

Daytrip to Back Basin Hide tomorrow. 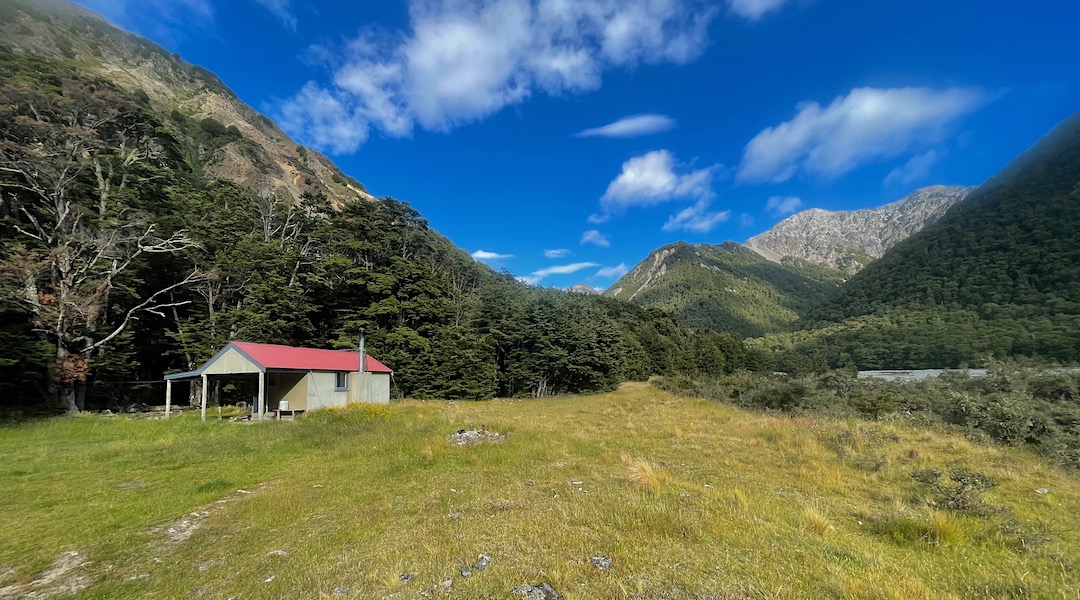