Check the weather forecast before you plan your trip!!

Wonder why I didn’t do it? I was expecting that finally, I would break out of the gloom of my particular summer, ie, lots of dark clouds but not so much rain.

Greymouth was sunny. Maybe it would last.

My go-to weather advisor, the Norwegian forecaster, yr.no, had other thoughts. Five good days — then floods. 250 mm pounding in over two days.

A couple of days of light rain would not be an issue. Even 50 mm a day was fairly normal in South Westland.

A 250 mm kind of deluge would make river crossings an impossibility for a long while, and mean life in a tent wouldn’t work, if I didn’t find a hut to sit it all out.

So my plan for Jackson Bay, the end of the road down the West Coast, to the Hollyford Track would have to wait.

Instead, I’d have a half day walk into a hut on the coast where I could sit around for two or three nights, then high tail it home before the rain. After a while, I would get back into the hills with some more exploration closer to home.

Actually pragmatic. I know how bad it can get out there.

I don’t need to experience a serious storm.

So this was my holiday tramp, the type where you wander in and do not much for a few days before wandering back out.

[And later the ex-tropical cyclone did hit the cold front and the predicted rain did fall. 600 people were trapped in Haast for a few days and had to be helicoptered out. The Coast road was out of action in both directions for days. But by then I was safe in my own cosy bed. Handy to look at the long-term forecast before setting out.] 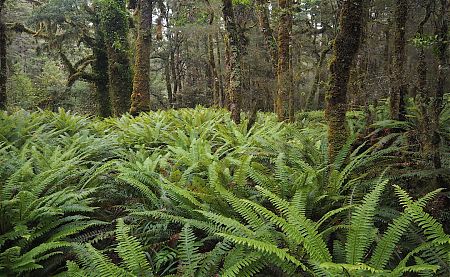 I’ve always relied on the idea that things both good and bad eventually come to an end, and I eventually staggered into the hut. 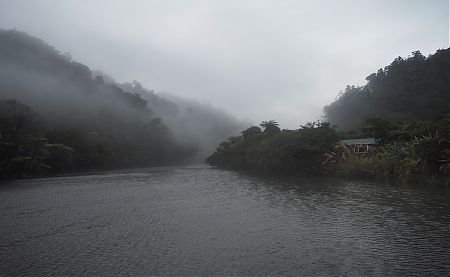 A four-hour walk into the hut, and then a rest day? 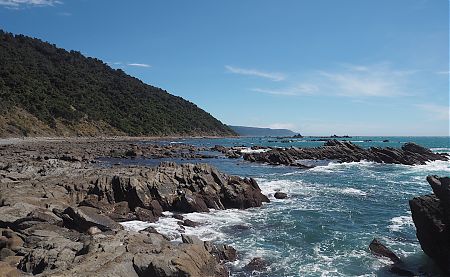 The sea was a Mediterranean blue, the sky mostly cloudless. The wind noticeable. 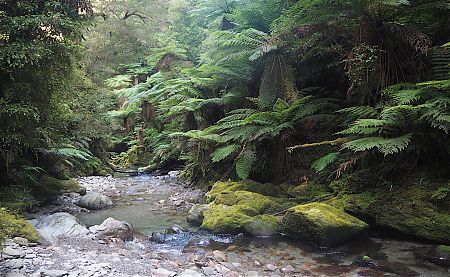 Two halves to the day.

The good half. The other half.