Choices for mid-winter tramps in southern parts of New Zealand are limited when you take into account flooded rivers, avalanches, and general cold. Long days tramping in the snow, well, not for me.

I had considered the Heaphy Track or Leslie-Karamea, but the Heaphy was closed for a few months after slips did their thing. The West Coast was out: too much rain in the offing.

I was looking for something that was not overly demanding, but a step up from my Abel Tasman circuit a month ago. This was going to lead on to the more demanding North West Circuit in Rakiura. Just ease me into it.

The South Coast is relatively bombproof. The rivers and main creeks are bridged one way or another. Some rivers are huge, like the Wairaurahiri River that comes out of the significant Lake Hauroko catchment, and the Waitutu River from Lake Poteriteri.

The first day and a half is supposedly approaching Great Walk standard. Humm. A Great Walk, but under 100 mm of water.

Beyond Wairaurahiri Hut conditions underfoot deteriorate severely, after the track seems to have been smashed by the 2018 Godzone race, where track runners from 100 teams of four made their way in a direct fashion down the track with limited care on the consequences.

On the plus side, there are good huts, generally, although idiosyncratic Westies might not fit that category.

It’s the flattest track in New Zealand, with the possible exception of the Copland Valley, or Abel Tasman.

Not likely to be too much companionship considering the time of year.

Yeah, a good time should be had. 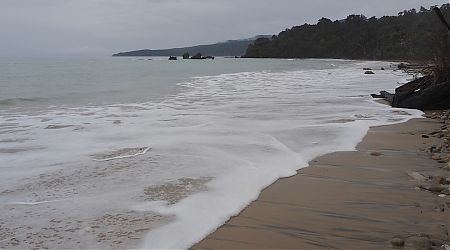 Perfection in tramping is all very well, but to be honest, I’m loving being back on this great track, and I do like this old schoolhouse, with its three-tiered bunks. 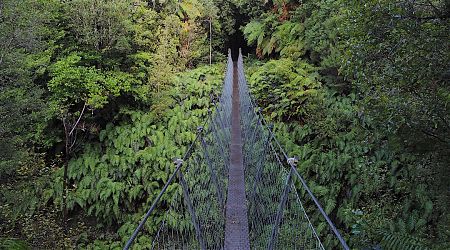 Eventually, I moved off, somewhat sore from my long day yesterday, but the track is flat and along the old railway line. 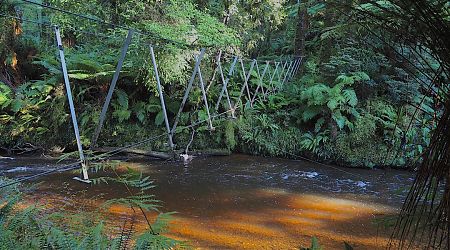 The thing to do when confronted with endless bog is to realise that it will eventually finish, and being focused and forwarned helped. 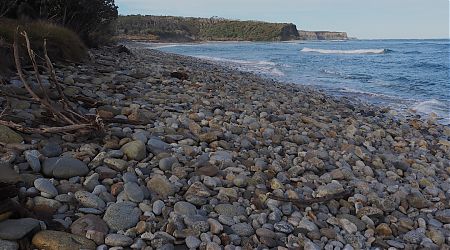 Day 4 was a rest day. No predawn breakfast, or packing up hurriedly. 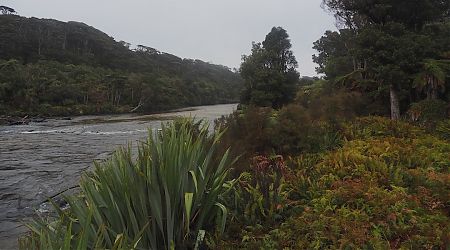 I watched the tree ferns turn from dull grey to green as the early morning light improved, and then the rain really came down. 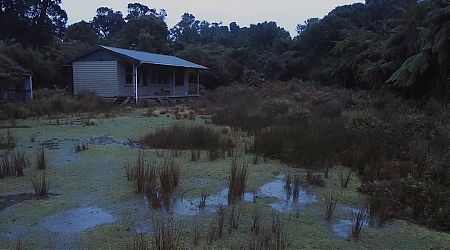 Miniature ponds had developed over the trimmed lawn. As the day progressed these became one major lake. 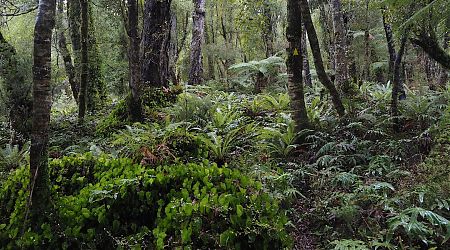 It turned out that this has to be my favourite day tramping in Southland. 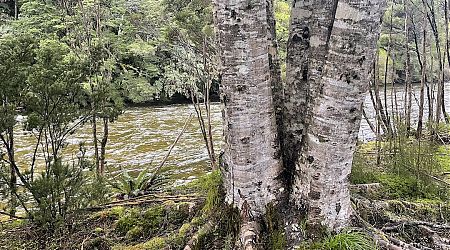 That detour has given me a better appreciation of Fiordland. Vast areas of relatively flat low land forest are trackless in the vicinity. 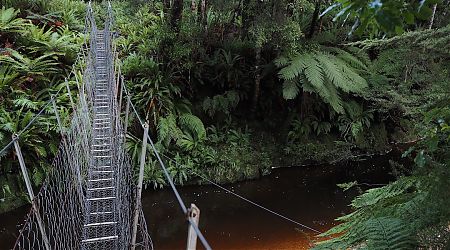 I thought there might be a possibility of walking back by the beach. Unfortunately, I wasn’t sure which way the tide was heading. If the tide was seriously coming in there was certainly no way I could climb the crumbly bouldery 20 m high cliff. 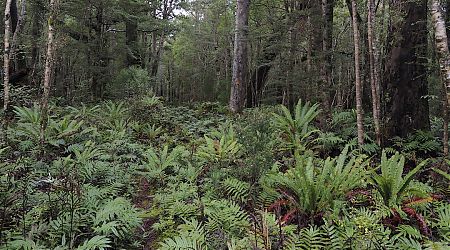 The thing about this day’s walk as you know that when you finish this particular day, it will be very much easier walking for the final two days. 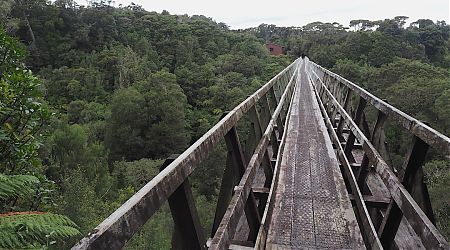 Pigs were a real problem in the area, but DOC wouldn’t agree to a pig shooting competition because the exact owners of the small portion of the land that was in a trust were unknown. 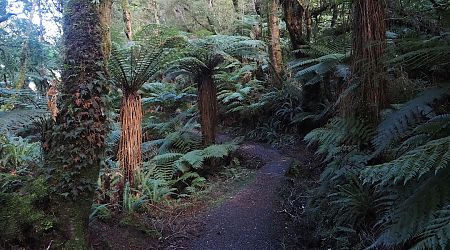 After a few days trudging in a row, the longest stretch wasn’t exactly what is desired. But in life, sometimes you just need to crack out what’s required.