Despite all my dithering yesterday, finally leaving Nelson after 3 pm, I managed to be so late I avoided a road diversion and made it to the Marble Hill DOC camping area near the Lewis Pass long before dark.

Up with my bigger tent, sleeping mat blown up, and sleeping bag rolled out. An early night, in fact I was asleep before it was dark. Lucky I had remembered to pack fly spray to kill off the hordes of sandflies that had infiltrated my accommodation.

In the morning I was up at 6 am for coffee and porridge, and some conversation with a neighbour.

Carlyle Hut is between the Lewis Pass and Hanmer, and you access the starting point just before the bridge over the Hope River. Unfortunately I met a locked gate, and No Trespassing signs near the highway, and that meant another hour’s walk to the start of the official DOC track.

Meanwhile, cars, motorhomes, and most noticeably motorbikes travelled along the other side of the river, seemingly slowly at that distance, but with full noise accompaniment.

The start of the track was unmarked and overgrown, so even with a light pack I had my work cut out at pushing through the manuka. Every now and again I discovered I was a little distance away from the more obvious track, and smashed my way through.

Eventually, I popped out on the top of the River Terrace, and there was a four-wheel-drive track that I had passed earlier on. Man, that was plenty of strenuous activity for very little gain.

Plenty of stoat traps in the valley, and it seemed the trappers get to the start on the four-wheel-drive road version.

It was fairly energetic for the first half in the forest with many ups and downs, but the second half was adjacent to the river and a much easier gradient, despite still climbing. My legs are fully accustomed to the uphill direction these days.

Reaching the hut I realised I’d been there before, back when working on New Zealand Forest Service plant surveys in the area at the beginning of 1981.

That day we were dropped at the highway where I started, and made our way here, then diverted up the curiously named mountain, Mons Sex Millea, 1835 m, before dropping down directly to the Boyle Base Hut where we were stationed. One huge day back then.

These days I’m thinking just getting to the hut is sufficient exercise for the day, particularly when it’s been relatively warm. And through some lovely beech forest, complete with recent deer tracks and only a small amount of sunburn on my arms from when my sleeves were rolled up.

I was hoping to make faster time on the way out the next day.

A guide to the night’s accommodation: Carlyle Hut 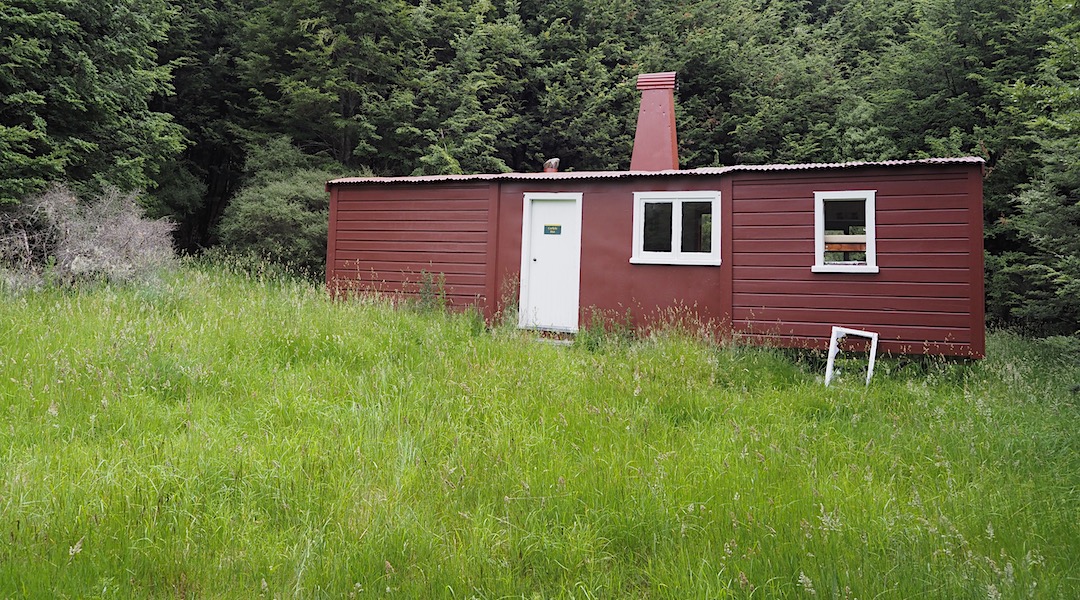