After last year’s chopping and changing of my summer’s itinerary due to the wet weather, I might have learned a lesson.

Pick a relatively dry and easy route to start the summer and ramp up from there once a decent level of fitness has been obtained.

I enjoyed my east/west ramble across Marlborough and thought about another trip through the region. This time I could go north/south.

Benefit: Marlborough generally has better December weather than elsewhere in the South Island.

I spent some time looking at a few possible routes.

I was initially thinking of heading to Blenheim, mostly on foot from Nelson via my alternative Alpine Route, ie, up Mt Richmond > Lake Chalice > Goulter River > over the Red Hills to St Arnaud.

That wasn’t going to work, and I’d already been through there, although in the reverse direction. No new huts to document.

How about up Mt Fell and a scratchy cross-country over to Fishtail? A more direct route to Blenheim.

That seemed doable, but then my father broke his leg and I diverted for a visit.

In the end, I started from Blenheim with two weeks’ food. How far could I get lugging that?

With luck, I might make Hanmer via Lake Alexander, Penk River into the Awatere, straight over to the Clarence River, and then it would be plain sailing tootling along the four-wheel-drive tracks.

So much for theory and what you can learn from maps.

It would remain to be seen how much prickly sweet briar and matagouri I would encounter on the few gnarly stretches of cross-country that were required to link some of the tracks. 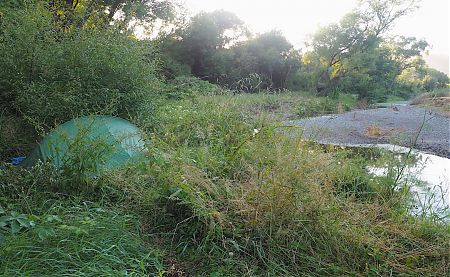 I had a plan. Travel to Blenheim and leave early the next morning to do the road walking segment out of town, about 12 km, in the cool of the day before much traffic was happening. 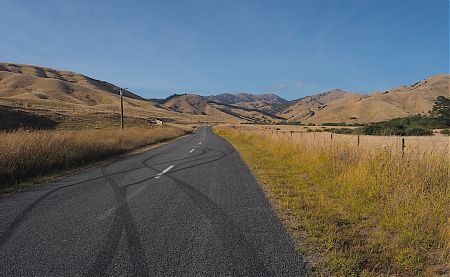 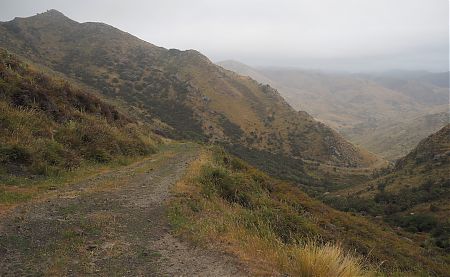 That pack is still ridiculously heavy, and my feet and shoulders are feeling it. 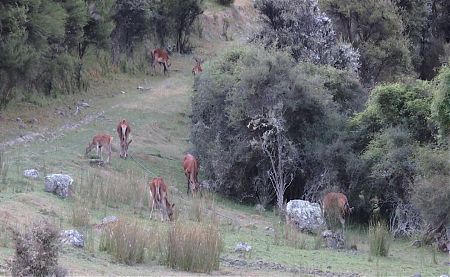 As I approached the hut I stumbled across a deer in the creek with the trickle masking the noise of my approach. It shot off super quick. Then one was sitting under a shrub to get some shade. Two hinds across the river took off up the hill. Then I came across one right at the hut. Stood looking at the fence to jump, then ran away. 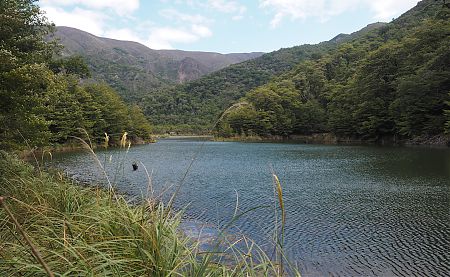 The initial walk up to Pig Whare Saddle was more of the same, is, a bulldozed track, although it was clear no four-wheel drives had been on it in recent years. 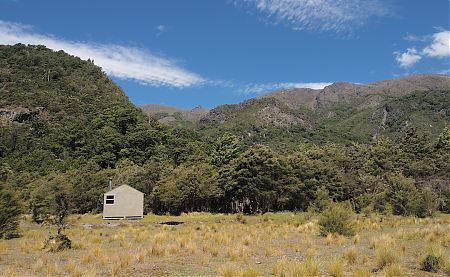 So, Christmas. The past and the future to contemplate as I lay on the warm bunk mattress. 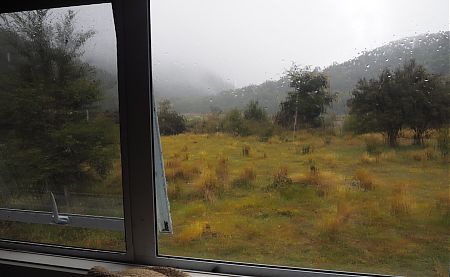 Rain. Rain. Rain. Not the heavy drop type. Just the fine droplet style that didn’t appear much, but was of a fully wetting kind. 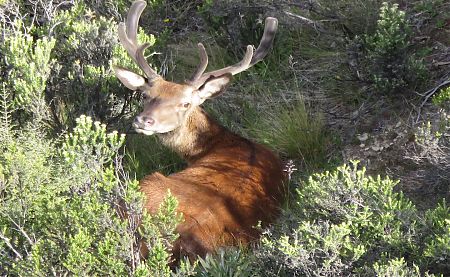 Note to self: pop your glasses in a pocket when on isolated mountaintops. 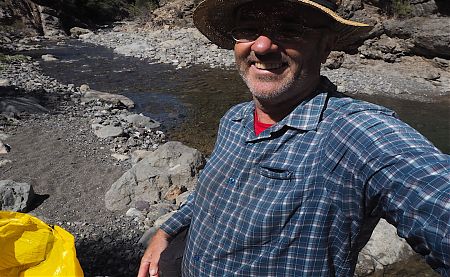 At the top I encountered the station manager coming back from bee duty. The permission thing was raised, not by me, and my explanation of the difficulties determining whose land it was sounded ridiculously lame. 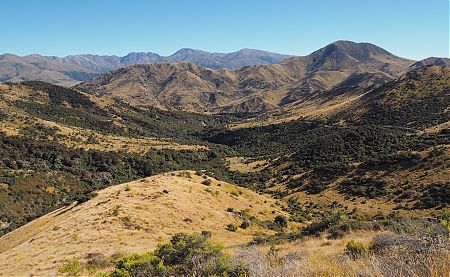 More than 1100 m climbing involved. It all kinda reminded me of the Motatapu Track near Wanaka. In this instance it was a similar rollercoaster, but with trail finding involved. 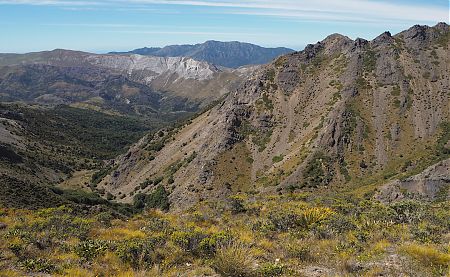 At least today I was attuned to the landscape and while the hillsides were steeper, the path was clearer. Particularly after the 1100 m saddle. 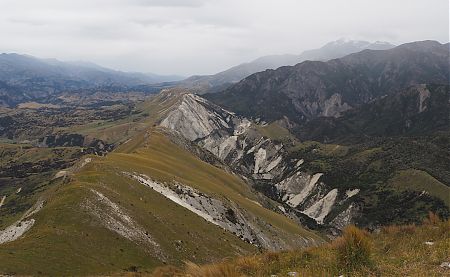 I couldn’t be further from civilisation for New Year’s Eve.

Anyone would think I’ve planned it that way. 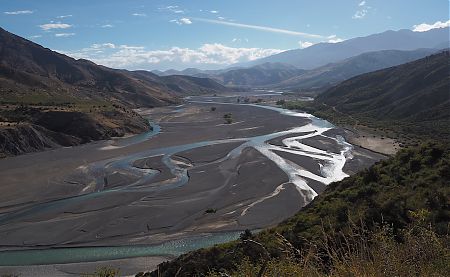 Once I was passed, the bull started pawing the ground, and bellowing severely. Clouds of dust. 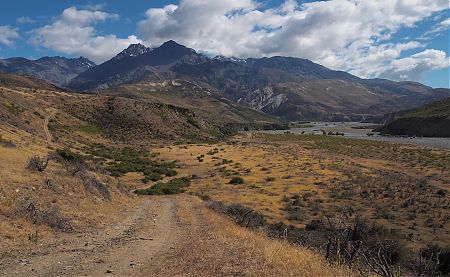 The views were smaller but still impressive today. 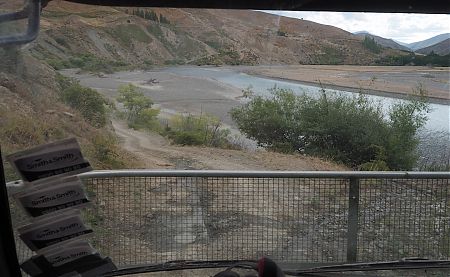 Just as I left my campsite a chopper spotted me, and cruised down for a chat. 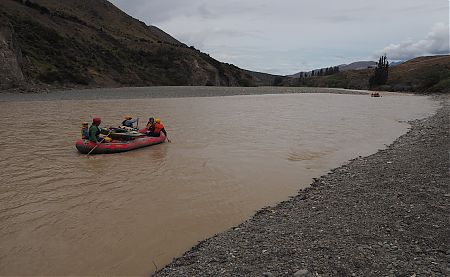 Listened to the lunchtime news and weather. News — little. Weather — plenty on the way tonight. 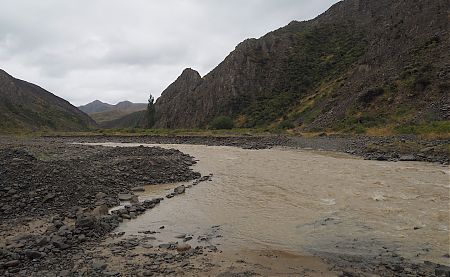 Most of the stories are just a combination of the words boar, various dogs’ names, matagouri, wrapt, usually spelt incorrectly, and “she stuck it”. 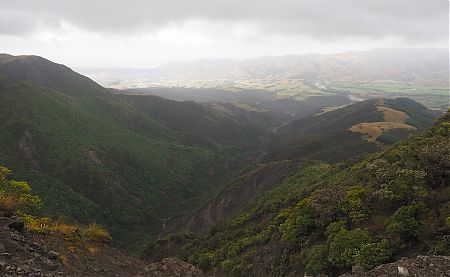 The wind at the top of Blind Saddle was significant. No shortage of oxygen up there. Almost white out conditions.