You can plan your tramping future, but in New Zealand, the weather has a big say. Plenty of mountain passes or potentially swollen rivers to cross that may impact progress.

Nelson has received above-average rainfall for each month since February. Now La Niña is kicking in, and that means long-term gloomy skies, plenty of showers, like every day, with an occasional deluge.

Kinda hard to work out where to go in the immediate future.

Canterbury has been seriously flooded, and that’s on top of the snowmelt. Might have to wait until February for there.

The West Coast might be possible, but the 10-day forecast from yr.no, usually reliable, predicts 100 and 66 mm on days next week.

The area predicted to be least affected is South Marlborough, where I’d just come from. I have to admit I have been planning on that corner of the world for a few years, but life intervened.

With the huts called Lost Stream, Siberia, and Top and Bottom Misery, I think I may have a compelling case.

I just need the weather to follow the forecast, as a few unbridged rivers will be required to be crossed.

It’s going to be a long summer of tramping, and no point in overdoing it on the first day. 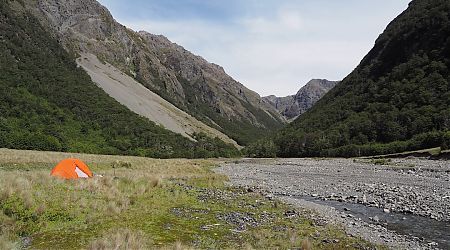 So, I just made it to another camp on the other side of Lees Creek Hut. 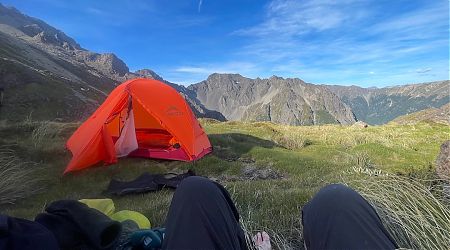 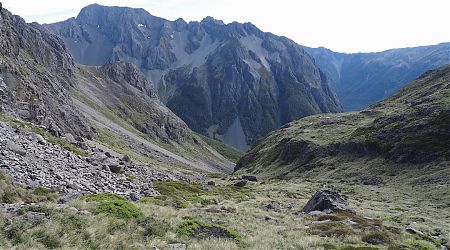 There are times when you just wonder why you haven’t been to an area sooner, but I guess it’s better late than never. 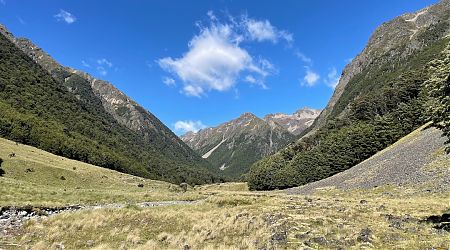 It continued as the loveliest valley I’d been in for a while, well, since Lake Monowai perhaps, but this was more dramatic. 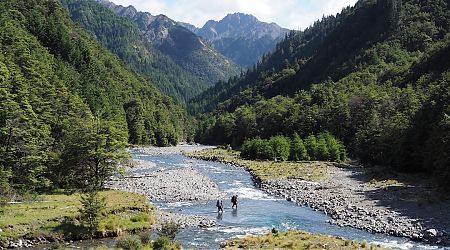 My body was recommending some lack of action to my brain. 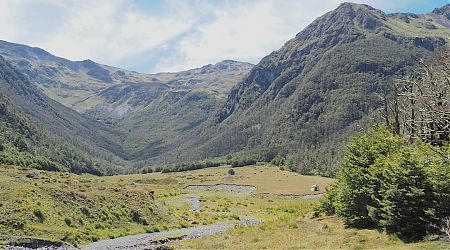 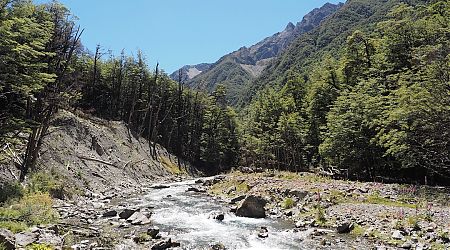 Conversation. Blue skies. Deer on the ridge. Then a straightforward walk down the valley. 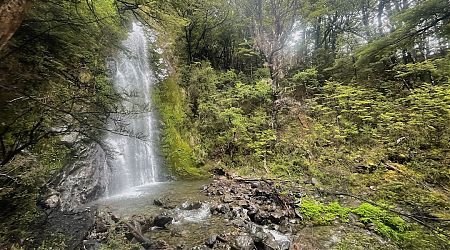 The bivvy turned out to be tinier than Branch Bivvy, or at least, even more gymnastics required to access the bunk. 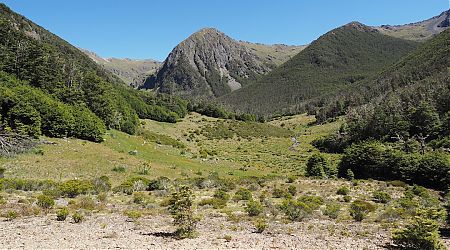 The section down to the waterfall is fantastic. Easy walking and open mountain beech forest. 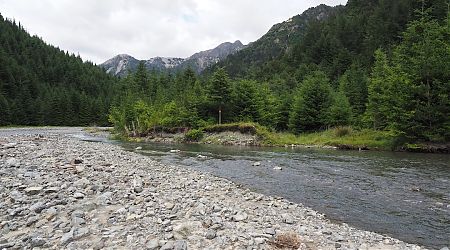 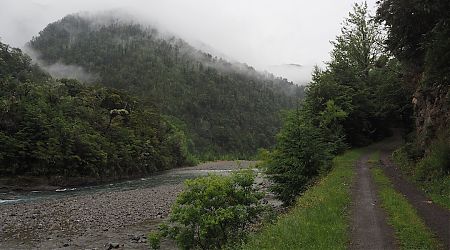 “They will never find your body up here,” I joked, but by that time she knew I was no threat.