The shortest day approaches. Winter has started. The temperature has dropped.

The Nelson skies have been uncharacteristically gloomy for a long while. Autumn is the time we typically crank up the sunshine hours, but not this year.

Not really auspicious timing for a standard beachside camping holiday.

It hasn’t been the virus to keep me at home in the last 15 months. I had asked my ancient father, Doug, to move in with me immediately prior to the first lockdown, and he became increasingly frail. A few hospital trips in the second phase before he passed away peacefully on 18 May. Best ever flatmate, but that’s a low bar.

I’ve been surprisingly sedentary with my increased responsibilities in recent times. Paperwork, screentime, etc, had me contained for a while.

A new phase of my life.

Doug would have been the first to insist that life must go on.

Starting with something relatively easy. A circuit of Abel Tasman to reacquaint myself with the Coastal Track seemed like a good start to a less sedentary lifestyle.

The bonus of a winter trip is fewer fellow walkers.

And carrying a tent at this time allows me to have the campsites to myself. Except for those pesky wekas.

My idea was to travel from Marahau to Whariwharangi, then climb up to Awapoto Hut, and return to Marahau via the high-level Inland Route.

Plenty of food aboard. I had no intention of hurrying around the circuit. 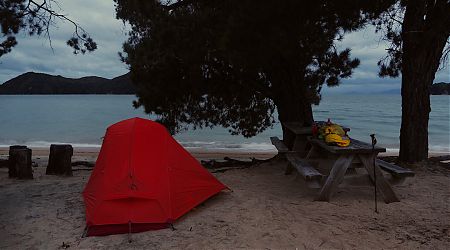 I should have made note that in the week the shortest day, it’s getting quite dark in the forest even at 5 pm. Setting up camp in the drizzle and dark seem pointless when I could set up camp at Appletree Bay in the semi-dark and drizzle, but pitch close to the crashing waves. 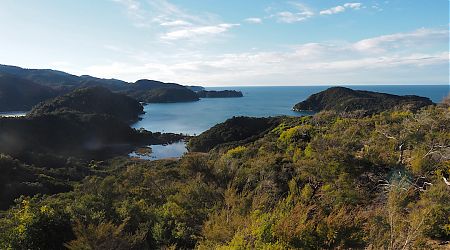 Very little happened today. Exactly what I was looking for on this first trip with a heavy pack for a while. 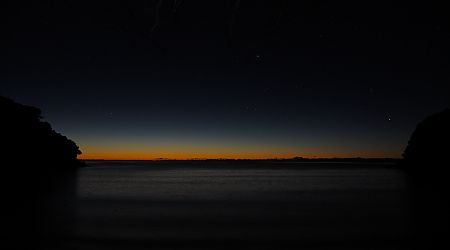 I watched the sunrise, just after I heard the temperature in Nelson was 3°C. 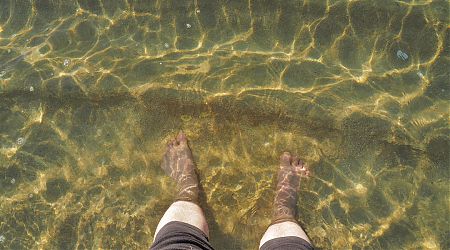 Not quite the most strenuous day’s effort. Like the previous three. 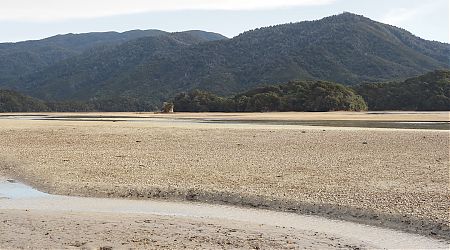 Huge amounts of driftwood contribute to an unkempt appearance. Just like my beard growth. 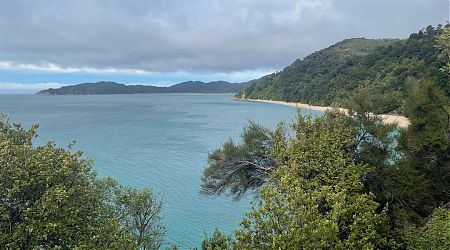 I might be adventurous having a camping holiday in the middle of winter, but I’m not too crazy to persist despite poor weather. 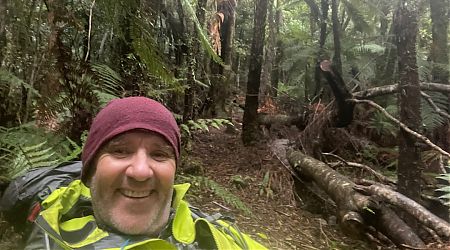 Very quiet Saturday night here, other than the howling wind, the wekas, and the creaking of the fire. 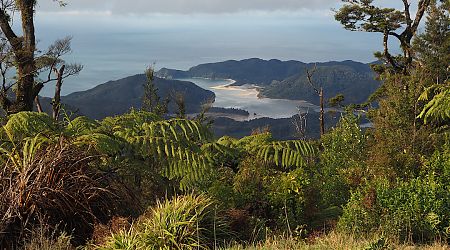 Day 8 was a decent rest day. 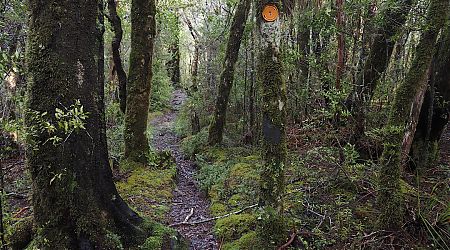 Showers of freezing rain scudded through in the pre-dawn morning, although stars were still visible. 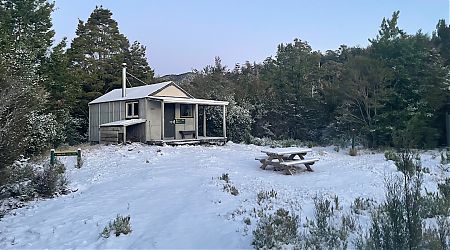