In recent years I have generally tried to fit in some decent winter tramping.

Last year it was the Copland Track, the South Coast Track, and then the North West and Southern Circuits on Stewart Island/Rakiura.

In previous years I’ve spent time in the snow in the Richmond Range. Around Te Anau. Arthurs Pass.

The key to longevity when tramping in New Zealand during the winter is to avoid big river crossings, and avalanches.

I haven’t been up to Angelus in the snow so I thought I’d have a few day excursion in a loop form.

That might get the need to smash around in wet snow out of my system. 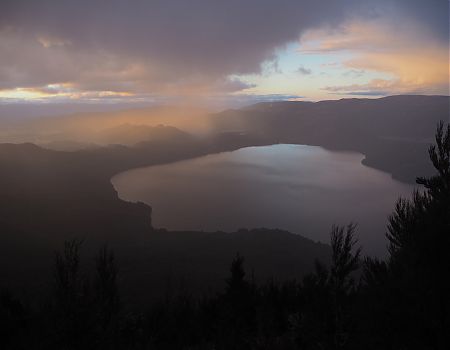 Seemed that there was someone already wrapped in their sleeping bag. No conversation. 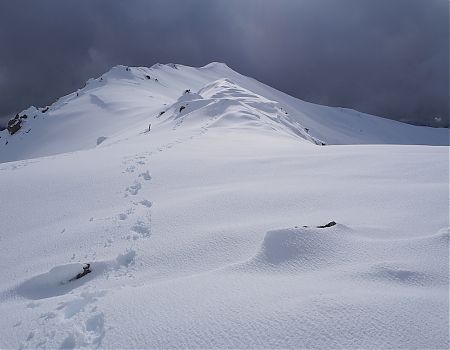 I could pick out a bunch of steel posts with orange electrical conduit at the top of the ridge not that far away, but between was an east facing slope on an angle at least 35°, 40° in places. That seemed mighty steep, and it was a long way down. 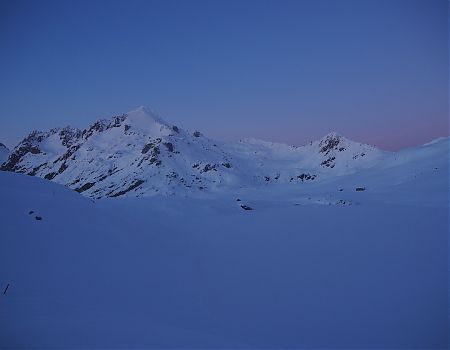 I’d always anticipated having two nights once I arrived. No point in making a massive effort, and then racing off. 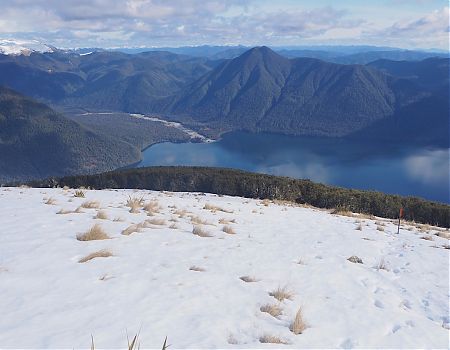 It was worth taking my time and spending the day taking in all those massive views of places I’d been in the past, rather than sitting in semi-darkness in a hut. 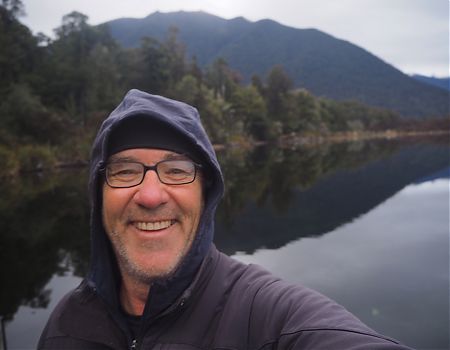 Birds are singing, keeping up their spirits in the early morning dampness.

Day 6 | Back home to Nelson 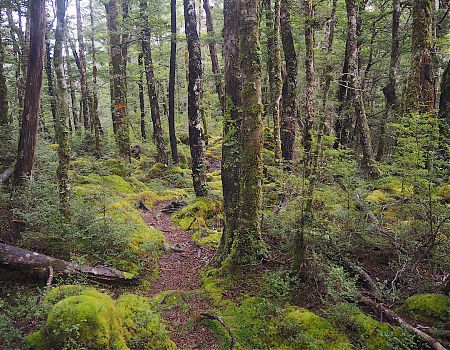 The snow? Well, you can have sufficient of a good thing.