My recent South Coast Track excursion was a great workout in preparation for Rakiura. Similar big days/distances for the time of year. Generally, the South Coast Track is flatter and often less populated, with not much of that continual up-and-down of the creeks as you follow around the coastline of Rakiura, or the climb in and out of Doughboy.

Rakiura is definitely more work, but it’s also a circuit rather than an in-and-out track. Both are reasonably floodproof with the creeks generally bridged, or else rising and falling in a hurry.

Despite the mid-winter nature of both these trips, it generally doesn’t matter much. Okay, there are shorter days, and it’s colder than at the other end of the year, but the rainfall is distributed throughout the months, with more rain in January than August. And Oban actually gets similar rain, 1276 mm per year, as Nelson, 1396 mm.

An early start is important for some of the bigger days, particularly East Ruggedy Hut to Hellfire Pass Hut, and Doughboy to Rakeahua, but other than that, the short days aren’t a particular issue.

It just will give more time in my sleeping bag, and a requirement for additional AAA batteries for my head torch to allow for bunk time reading.

I can cope with that.

And I can deal with the unexpected. 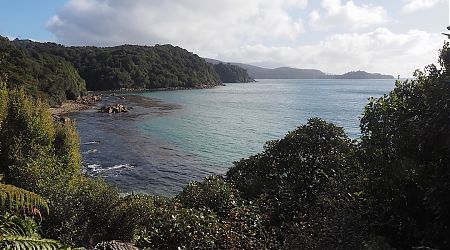 The other highlight, four deer made themselves obvious on the lawn in front of the hut while still daylight, and then one came back to manicure and fertilise it further. 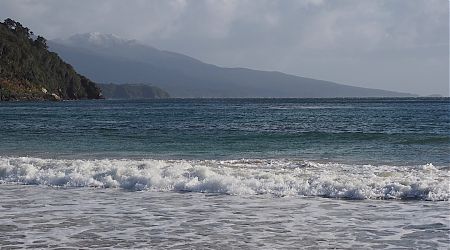 In the early morning half-light, a kiwi stumbled around. On my way to the toilet, a deer dashed away. Interesting wildlife encounters. 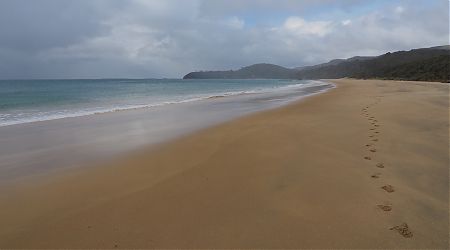 The tricky bits are climbing steeply down into the little creeks, but despite the rain were usually only ankle-deep. Lots of slithering climbs where previous feet had eroded the footholds and care needed to be taken. Energy expended. 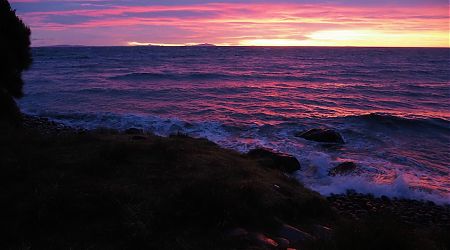 One of the team had a Japanese folding saw and proceeded to slice up the loads of wood I’ve liberated from the beach. Some rata and rimu soon had the hut toasty enough, ie, you could no longer produce plumes of breath inside 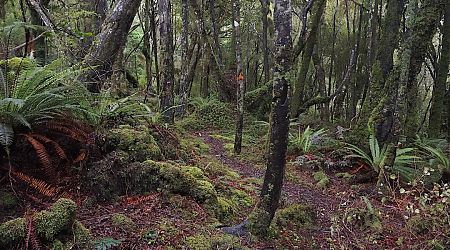 When I arrived at the hut an hour after dark they were starting to wonder if I’d turn back due to crossing one of the streams that have been up and approaching the technical term “gnarly”. 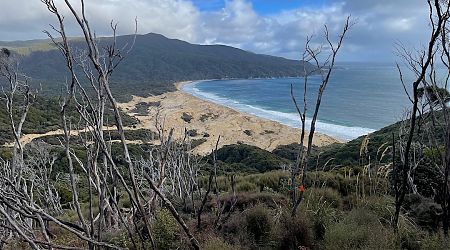 By the time I reached the beach there was plenty of wind that I was smashing into. 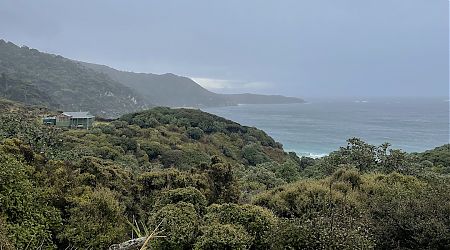 Success on the kiwi front, having a bit to do with one early on, but spending an hour with another at my lunch stop as it fossicked in the nearby crown fern. 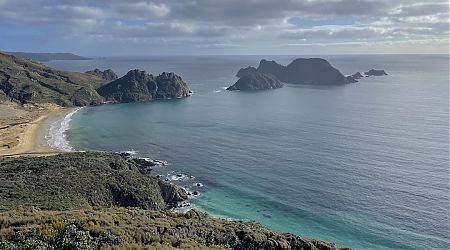 The track had a bit of everything, including a whitetail deer sighting. 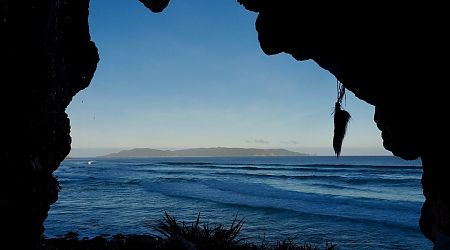 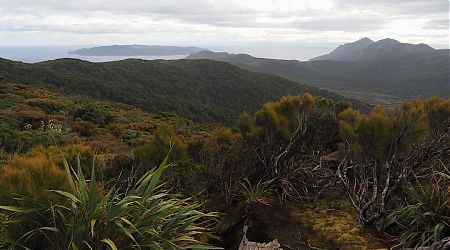 My bones were sore, my muscles weary despite a night’s sleep. It was hard work extracting my limbs from the bogs yesterday and I still have ten days’ supplies aboard. 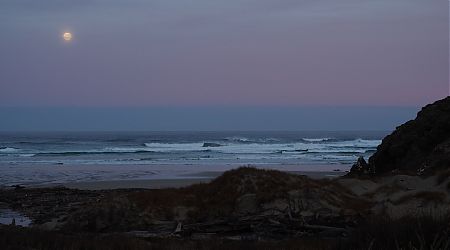 Just the kind of day I dreamt of as a kid. On my own deserted island. 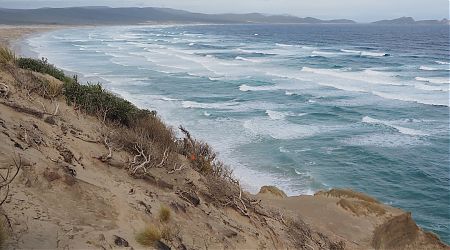 I had lunch high in the dunes, admiring the view before getting back on the beach. The sun was out and I could see forever. 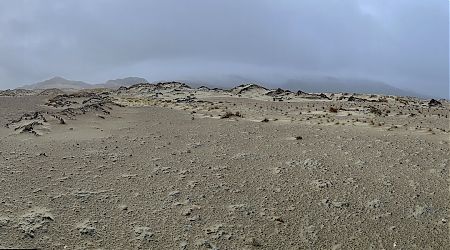 One thing, where the wind was behind me yesterday, today it was in my face, ie, directly from the South Pole. Still consistently drizzling. 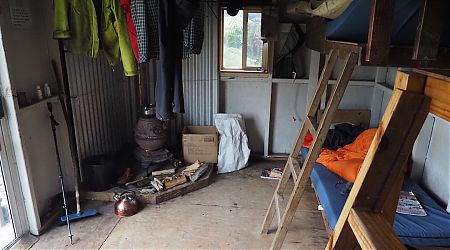 The rain continued to fall heavily for the second day. The obvious option now: in bed with a thick book. 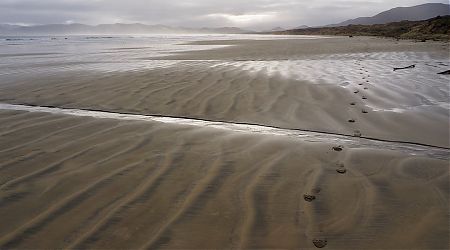 So that gave me the opportunity to keep going south for an hour on the beach to Kilbride Homestead for another look. It’s hard to understand how the original settlers in the 1870s thought this was a good place to make a life farming.

No electricity. Cutting firewood for heating, cooking, and hot water. 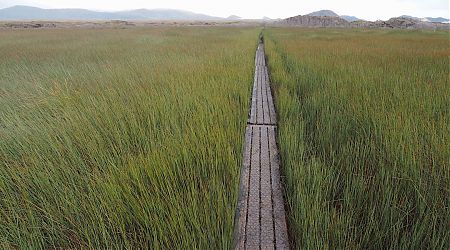 Out in the open, the drizzle had been more noticeable and I needed my peaked hat to keep wetness off my glasses. My coat was soaked entirely through, and I was cold. 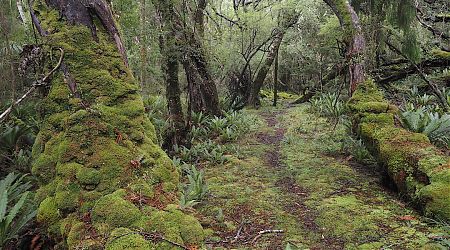 Unfortunately, at the swamp crossing place of my choosing, well, I found myself sinking quickly into the murk, and it was very clear I could just continue down to the centre of the Earth. 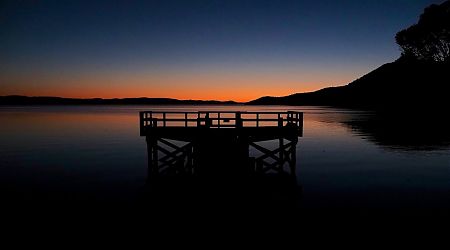 Yeah, tasty mussels for lunch. That makes a change from a small block of cheese, a tiny chunk of salami, and with a muesli bar as a sweet bonus. 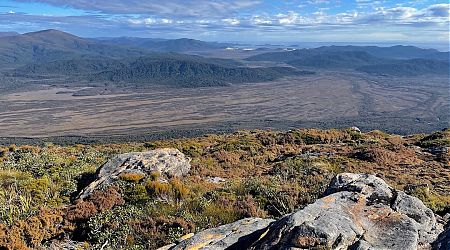 The highlight of the swamp was recognising a whitetail deer in the distance, out in the open, although it was on the adjacent sand dune. They seem lonely as their family and friends do seem to get shot and eaten. 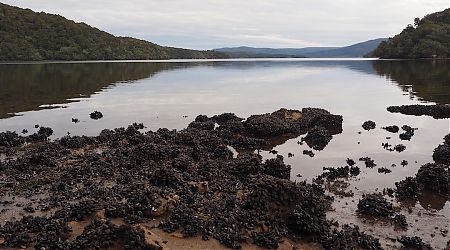 But today was the kind of Little Adventure I really appreciate. I feel like a teenager again. 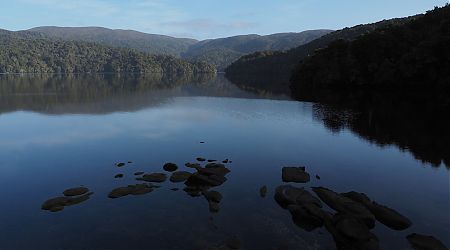 I try not to dwell on any end-of-trip feelings, or start to anticipate the next shower or pizza that I noted that others had written about in the hut book.