My mate continued, “Haven’t you just had weeks away?”

That was true, but you could look at it another way. In December the weather turned foul, and I wasn’t sure I could cross the Wairau River, even when not in flood. In January I had to return home to sort out some family matters. My March trip ran into Easter with Anzac Day the next weekend, and poor weather predicted. Once again I felt shortchanged, and now additional time seemed the obvious thing to do.

I might not be earning a living in the hills, but then again, I wasn’t spending much either. Particularly when I already had a Backcountry Hut Pass. I dehydrate my own dinners.

I spent some time talking about possibilities on the West Coast, but the reality was I was keen on visiting a few places closer to home. I’m trying to get around the majority of the huts in the Nelson/Tasman region, and that is some incentive.

I’m not obsessive about hutbagging though, and thought I could go and revisit two of my special huts in one of my favourite valleys, the lovely Karamea River.

So yeah, the Karamea again.

I’ve been over there four times already from memory, but this time it’s not the full river track. I wanted to come out via the Baton Saddle, via Flanagans and Ellis Huts, to circle back to the Flora Saddle car park.

The weather forecast was reasonable for the following ten days, with one day of rain I’d probably spend in Venus Hut. 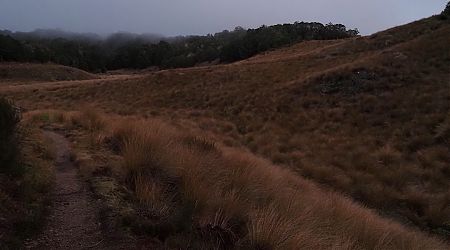 Being mid-week, the hut was vacant, just the way I like it. 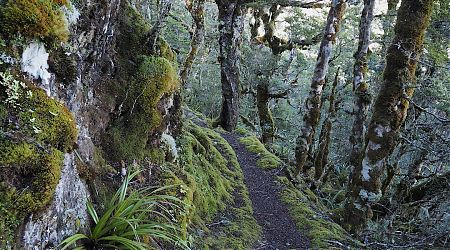 I staggered in after more than an hour in the pitch dark, hacking my way through the forest. 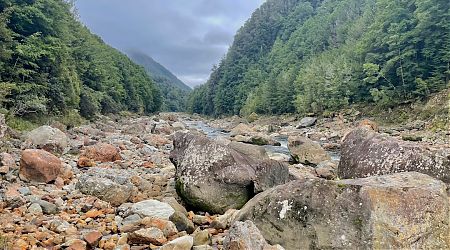 Water levels were low, and it was a now or never moment to go on an adventure down the Karamea River and see Roaring Lion. 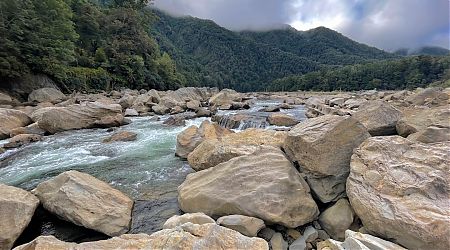 I guess I’m still a kid at heart, enjoying learning about my own bit of the world. 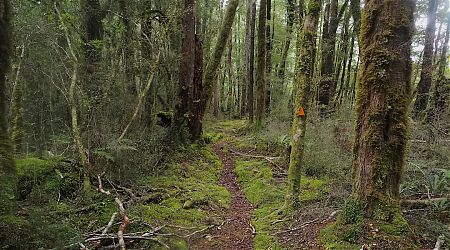 This is one of the delightful sections of the Karamea River valley. 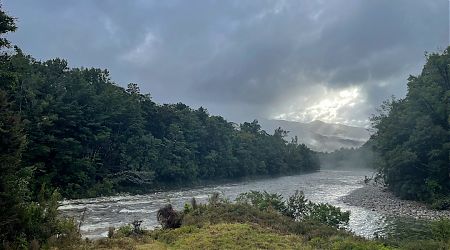 No need to go anywhere else today. It’s taken me almost a week to get here, so might as well enjoy the most pleasant of huts. 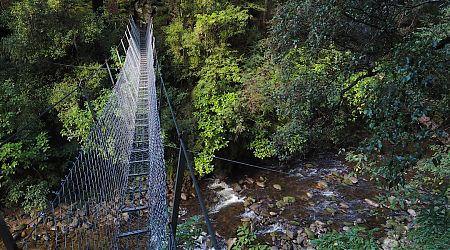 Life is different out here, in a cold hut, on my lonesome once again. 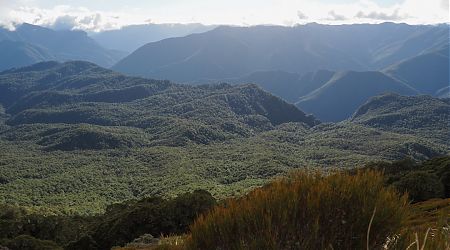 Unfortunately, I immediately sat on some stinging nettle leaves that penetrated my pants, and left what you might imagine a sensation not pleasant to encourage forward movement. 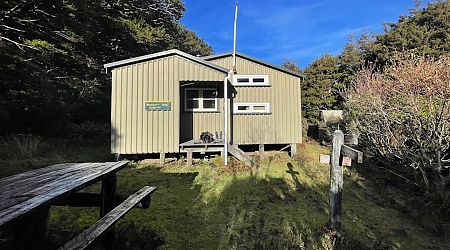 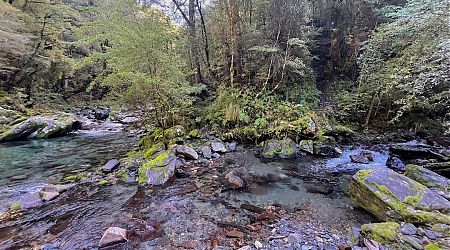 Tramping might just be out of my system for a while. I’ve had nearly 120 days in the hills over the last year. 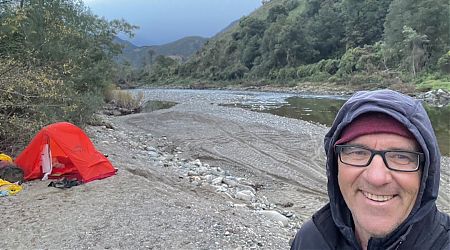 My explanation about carrying my still heavy pack up to the start of the track on Day 11 of my expedition didn’t seem to make much sense, even to me.