One of those days where my recent levels of exercise caught up with me.

Much walking may have been on relatively flat river valley terrain, but with the rock hopping, and carrying multiple days’ food, plus my tent and sleeping mat, well, it has left me somewhat worn out. And they had been hot, sunny days.

Not that I’m complaining. I realised how lucky I was.

Anyway, I woke for the 6 am news, then laid in bed for another hour and a half. Coffee time!

Thought I’d write down a couple of reminiscences, the first about my work trip to look at stone in Germany, and the second was my first big solo tramping expedition to Stewart Island when I was ill-equipped, had little food, and no map. Being 20, that didn’t deter me.

That filled up an entirely relaxing Sunday morning.

Periodically, I’d go outside and revel in being in the mountains. Still thrilled by them after all these years, but the sheer steepness of this lot is impressive.

I planned to have lunch on the way, but when I noticed the time, it was already overdue.

I marched off in the hot sun, picking my path to avoid the worst of the extensive boulder field. I prefer smaller crushed stones underfoot.

I had enough experience to avoid the swampy areas, and made it to the hut around late afternoon. All in all, a very enjoyable walk.

More walking was in store as the closest water, at the Wilberforce River, was a decent 250 m each way.

Down at the river, a great view right up to Browning Pass opened up. No wonder I baulked at my descent back almost exactly 2 years ago, because from where I was standing looked like a sheer drop, even with the light directly on. Better add that the frozen snow patch near the top didn’t encourage me.

Despite my half-day, I was still feeling somewhat worn out. Save some energy for a day trip the following day to Park Morpeth Hut further up the valley, but like my Back Basin Hide excursion, I wouldn’t be carrying all my gear.

And I’d try to leave early.

A guide to the night’s accommodation: Urquhart’s Hut 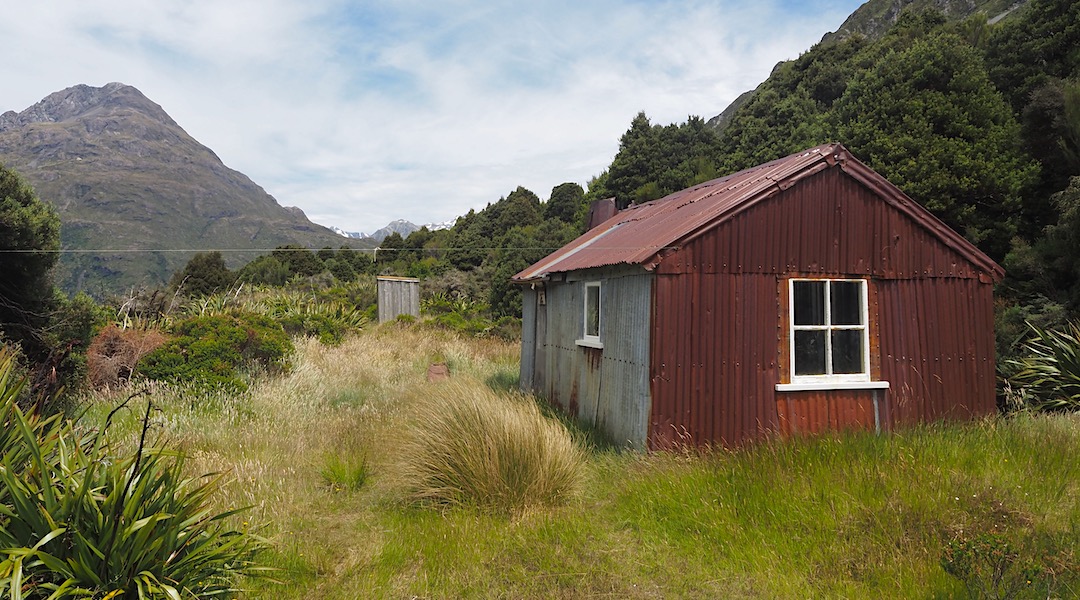