My earlier excursions up the Avoca and long Wilberforce Rivers during summer had proved a success. It was good to spend some time walking through spectacular mountains, without necessarily clambering over them.

Years ago, when tramping Te Araroa, I had noted that there were a few long Canterbury river valleys to explore: the Rakaia, the Rangitata, the Ahuriri.

Also, up the head of Lake Ohau, were two long valleys that I didn’t know much about.

Now it was time to find out.

There are two big rivers: the Hopkins and the Dobson. The Hopkins River was my primary focus, but I might as well explore some of the tributaries while in the vicinity.

I loaded plenty of food aboard, once again, along with my tent and sleeping mat. I counted out 12 days of food, pretty easy when each meal is prepackaged in Ziploc bags.

A real lump of a pack. 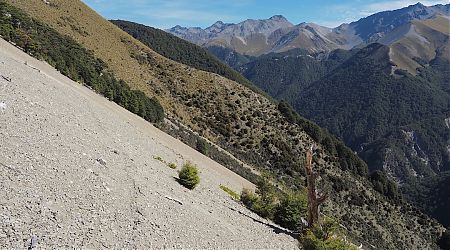 When I finally hit the forest edge I realised that while I was less than halfway, it would be dark when I made it to the hut unless progress improved. 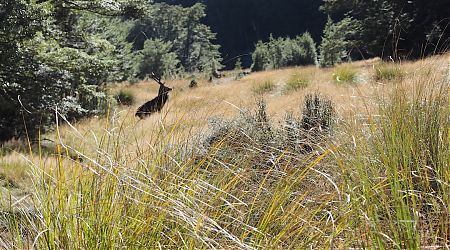 Major surprise when getting to the lowest clearing and spotting some antlers quite close. 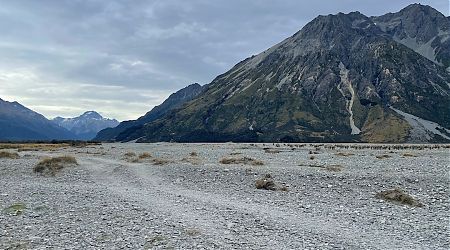 The section up to Monument Hut proved a real plod, but the more distant scenery was certainly spectacular. The mountains are jagged, and the peaks pointy. 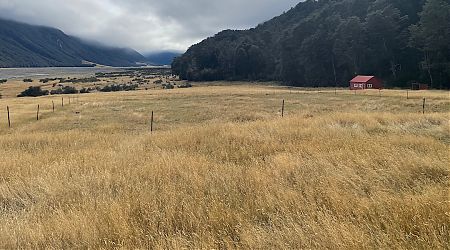 I had been asleep for over an hour last night and slowly voices, lights, and various noises woke me up as a father and his 12-year-old son arrived. They had come all the way down the valley after camping almost at the top hut, Erceg Hut. 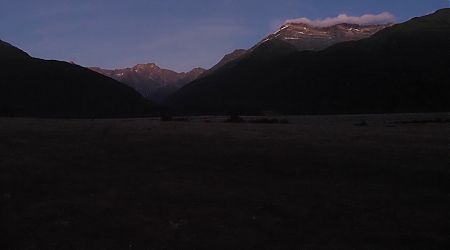 Frankly, I couldn’t think of a better place to be. Sometimes, what is directly in front of your face is enough, and I really appreciated this most extraordinarily beautiful valley. 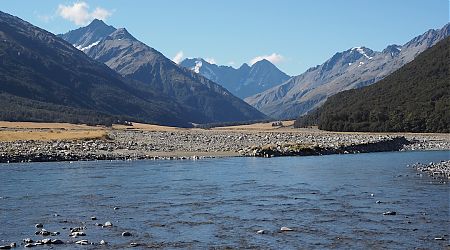 The valley continues to look spectacular, and I have a choice of two glaciers to peruse tonight, although not from the introverted hut. 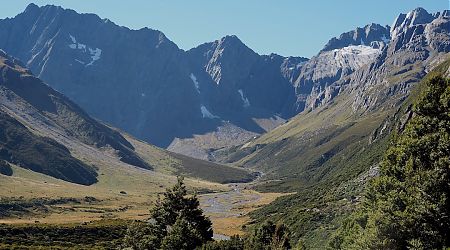 These are the days you dream of having. 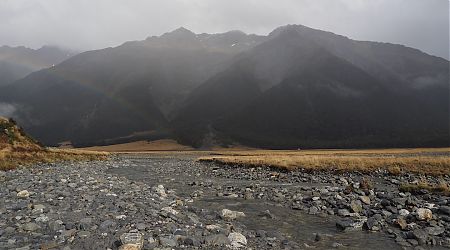 Before I left the hut, drizzle waxed and waned, but generally increased in intensity until half an hour before Red Hut was the full dose. 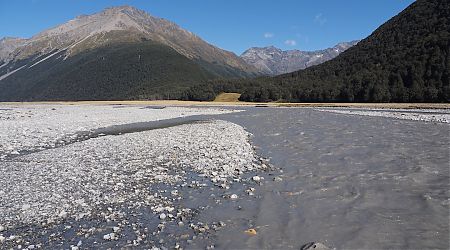 One of the great alpine views with the south-facing ramparts of Mount Fraser, 2277 m, towards the north, particularly gnarly and totally impressive.

That’s what I came up here for. 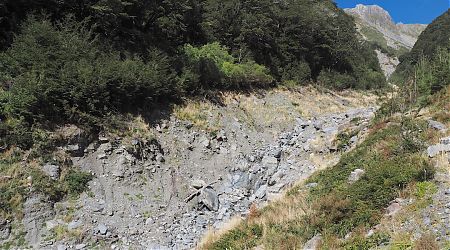 Being a sucker for punishment, Option 3 it is. 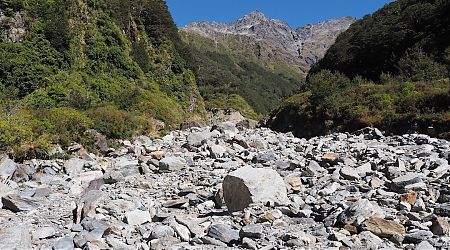 I picked out a path up the other side over the unstable terrain, but when I slid to the bottom, it seemed quite reasonable to just walk down the chute and continue on down to the main river half a kilometre away. 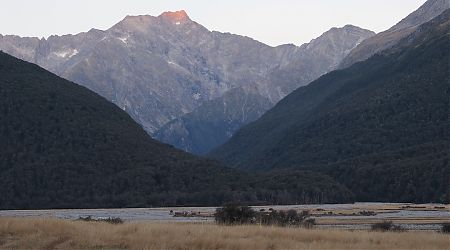 Sometimes the last steps feel the longest of kilometres.