Day 15 was spent roaming around Christchurch, at first on foot, and later using motorised transportation.

The next day, Day 16, I took off early for Oxford, despite some rain, but by the time I’d stopped for coffee, the rain had stopped for the day.

The gravel road into the Lees Valley was fairly hair raising, primarily from meeting a logging truck with a full load, a grader that created a mound of dirt/rock dragged up from the gutter in the middle of the road, four honey industry vehicles filled with beehives, and then a random four-wheel-drive. It’s basically one lane, and a huge drop-off on one side. Fortunately, I spotted everyone in good time, and found a place to pull over.

The start of the Townsend Track is well marked, and it’s a fairly level stroll in up, and crossing, the river. Except I spotted what I thought was the continuation of track across a creek crossing, and while making progress for a while, I ended up having to negotiate tracts of matagouri once again. Then cross the less than knee-deep Townsend River.

Despite the morning rain, the river was looking very clear. Just deep enough to get my damp socks soaked once again.

Much of the time I was walking through farmland, but the last half hours through some honeydew rich beech forest.

The hut was vacant and I made myself at home. It’s an odd hut with plenty of high windows, but nothing to look out while seated.

Not exactly a great deal to report, other than some rain falling around 6 pm, and lasting almost another two hours. That wouldn’t do much either to the river levels.

A guide to the night’s accommodation: Wharfedale Hut 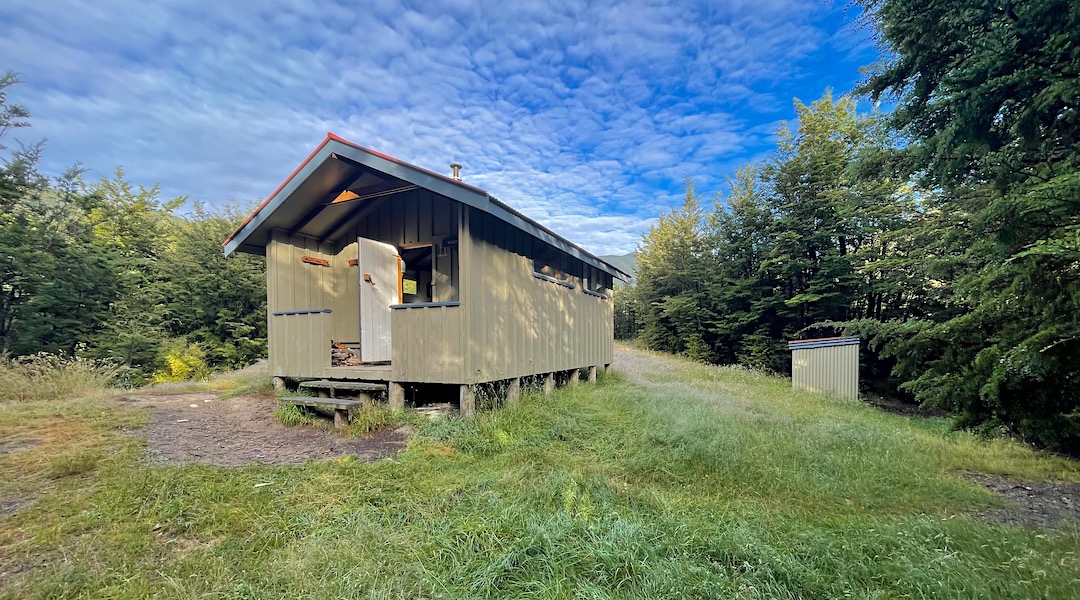