I wanted to continue exploring South Marlborough. A corner where the Wairau goes through a right angle was the next big section.

Bull Creek Paddock Hut, then over into the branch for a week, coming out down Lees Creek.

That had been my plan for weeks.

The track to Bull Creek Paddock had been cut in January 2017.

Then I found out that DOC had closed the Bull Creek Paddock Hut due to “structural damage”. That could mean anything.

And I was intending to go during the peak weeks of The Roar, so deer hunters would probably be in the vicinity.

And then I had to get up there somehow.

Someone emailed through a strangely specific request about Stewart Island/Rakiura and I ended up writing an answer to a question on my favourite website, Quora.com. I went all lyrical about my love for the remote parts of the island, and while doing so thought I should return. For that I really needed three weeks, on reflection, more time than I should really spare, so I started thinking of elsewhere.

Maybe go and check out the three huts Nelson Lakes National Park I had not documented.

Then, once again I would need to arrange transport. And it would be Easter, so perhaps excessive companionship in the huts.

The easiest thing would be just to walk out my back door, and head up Mt Richmond once again. That way little organisation was required and I could have complete flexibility about when I left.

The weather was the best for weeks, a High sitting out in the Tasman Sea.

In the end I left a day early, and packed a couple of weeks’ food. I’m usually a super planner, though often change those careful plans to suit the actual conditions.

Well, I had a start point, plus all the LINZ maps to St Arnaud, and onto the Lewis Pass just in case. The weather forecast looks good, 2 mm of rain in the next 10 days according to yr.no, my go to website for weather predictions.

Just need to find a way to avoid the Easter crowds.

There’s a twist halfway in this tale. 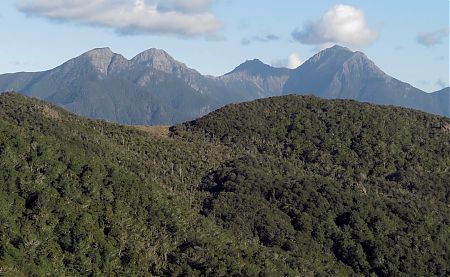 This is very familiar territory, I must have walked up here 50 times over the years, the first time when I was 14, back when the original Rocks Hut had a dirt floor. 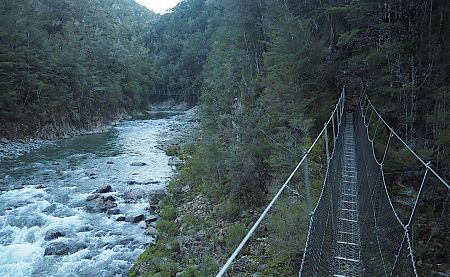 For once I’m in no particular hurry. I prefer arriving at a hut around 5 pm and modulate my day accordingly. 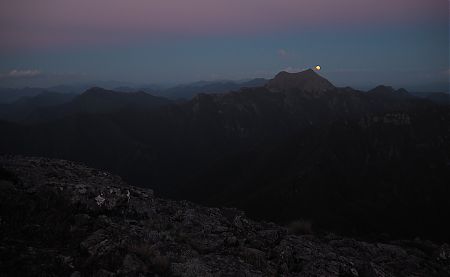 I thought it would be worth sitting around on the top of Mt Fell to watch the sunset, but it turned out the Full Moon rising over Mt Fishtail was more spectacular. A huge orange orb popping over the hills and shining with considerable luminosity. 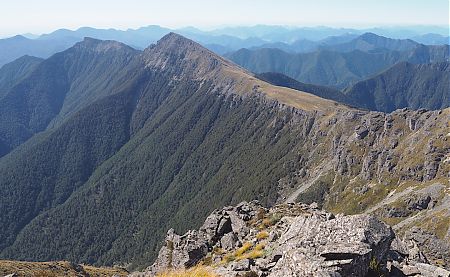 Make the most of where you are in life, I say. Don’t race on to your next destination without noticing you are having one of the best days of your life. 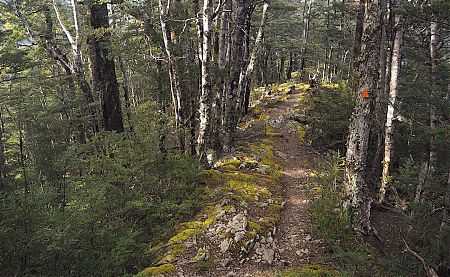 People have their problems and aren’t so keen on getting out of their bubble. 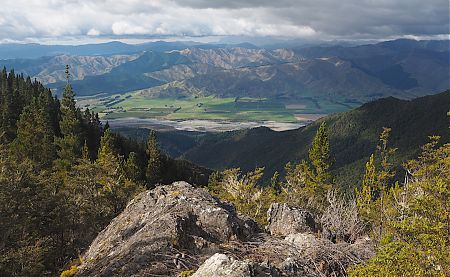 I was starting to get completely sick it all, not surprisingly when I checked the time and found I had been climbing up the road for around 20 hours. 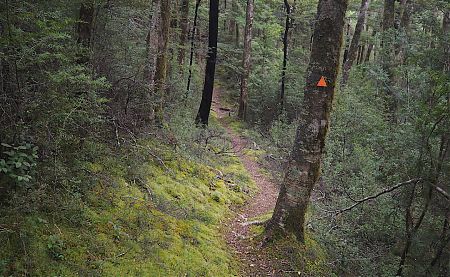 It’s a beautiful stretch of forest as I sidled my way down the fairly steep sided Goulter River valley. 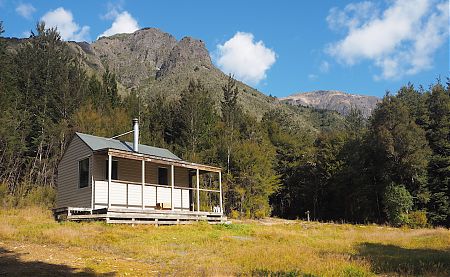 Better mention that early on a stag was making a lot of noise, not too distant from the hut. Not quite roaring, more of bellow, and after lunch just a groan. 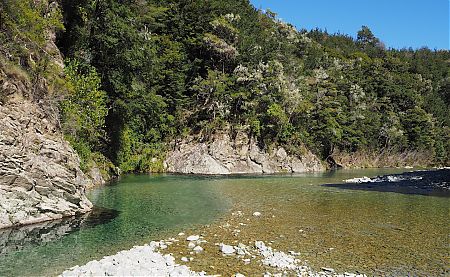 This is where the twist in my travels happened.

Then the climbing started, 250 m heart starter up a zigzag where you end up with a birds-eye view of Lower Goulter Hut, as long as the bird is an eagle or similar high flyer. 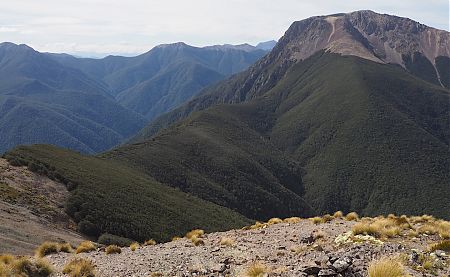 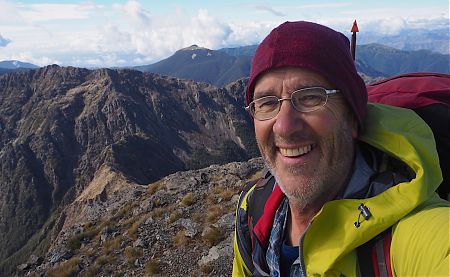 Time for a very early lunch and to tell everyone interested, and some not, about my whereabouts. 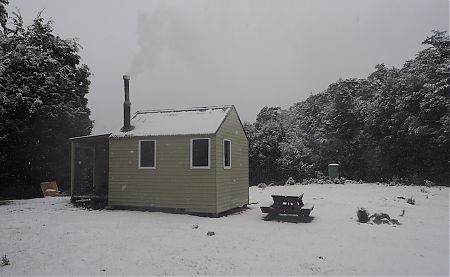 The environment looks the definition of gorgeousness. 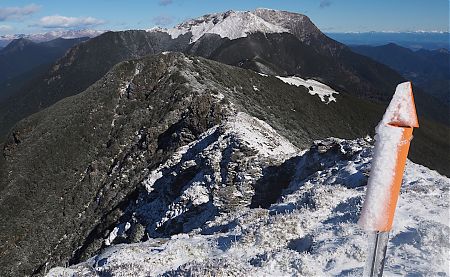 This morning the narrow path was iced up. Slippery indeed. 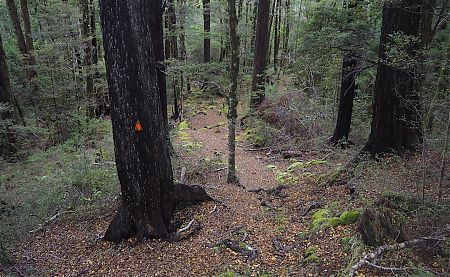 A hunter was waiting for his more enthusiastic mate, off to get a deer in the nearby forest with his crossbow. That’s not news that trampers generally want to hear. 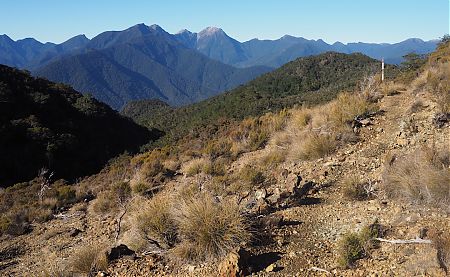 Probably time for a decent shower, and some fresh food.