Talk about conk out last night. My body has deep-seated tiredness.

Still, I was up early enough. From the clear view last night the situation had changed to clouds blowing in at great pace. Cold and damp.

As usual after the 6 am news on my radio I bounced up to make coffee. Spent a lot of time talking to the German tramper who had been coming to New Zealand for 30 years, and had been to most huts in the northern half of the South Island more than once. He just come from the Raglan Range that I’ve been intending to visit the summer, but hadn’t ended up getting to. Maybe I’ll go later in February for a couple of weeks. Handy that I could get first-hand information about the tracks.

The other two were also chatty, and so it was after 12 noon when I finally left the hut.

Only four hours down to Montgomerie Hut, and while the track clearly had less use than the main track yesterday, it was very easy walking on the fully benched trail.

Some historic mining equipment could be sighted along the way. Also a very curious young stoat at the Mrs Flanagan’s Boarding House site where plenty of artifacts remained.

Eventually I reached the creek and my knee appreciated the gentle gradient as I shuffled along.

I noted that this was my 30th day of walking for my summer to date. Just three more to go.

A guide to the night’s accommodation: Montgomerie Hut 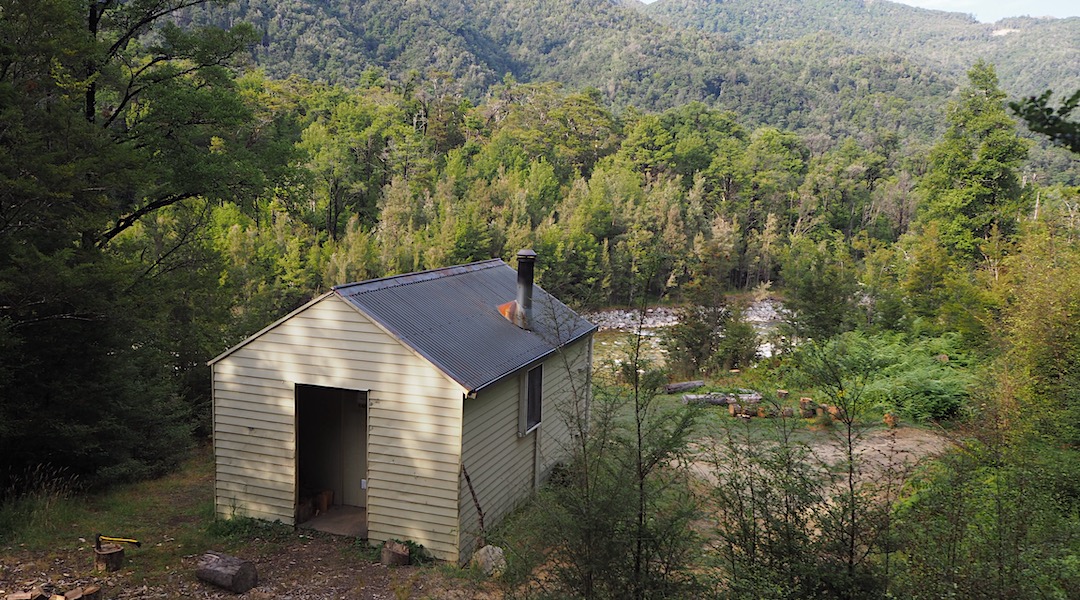