I come around to Punakaiki back then to do this overnighter, but the heavy rain forecast gave some incentive to go somewhere else. Rain is due tonight, and maybe tomorrow, but not in such a heavy dose.

This is a fairly new track, not yet fully open, with the track construction going through otherwise pristine forest. The first few kilometres up a limestone gorge with Nikau palms in profusion. Unlike most tracks in New Zealand, and giving a hint of the unique nature of this area.

Then I encountered an area of forest that was severely affected by the 2014 tropical cyclone remnants, with many mature trees knocked over by the high winds.

Eventually after crossing three massive suspension bridges is a climb to the hut, perched on top of a ridge. In my case the view was minimal, I was in dense cloud, even at 545 m.

Just as I popped into the hut a dense shower passed by.

I was the solitary tramper with the two bedroom/20 mattress hut all to myself.

A lonely hut warden dropped in for an hour’s chat. There hasn’t been much in the way of conversation to be had for him this summer, with usually only two or three trampers turning up for the night. Most are talkative, but occasionally it was hard to get any conversation going. Some mountain bikers have stayed, but most just crack out the 16 km ride up the 545 m rise as a day exercise, then go back to a mattress that is not plastic-encased.

As usual, I take the early night option. I’ve had one day off in the last week, getting from Murchison to Reefton, but I’m not sure my body has had much chance to recover from that Burn Creek/Nardoo excursion that was an immensely physical exercise.

Well, tomorrow is my last tramping day for a while. And it’s all downhill, on a good track.

There is one significant change in my life: the weather forecast ain’t great. I’ll be wet, for sure.

A guide to the night’s accommodation: Pororari Hut 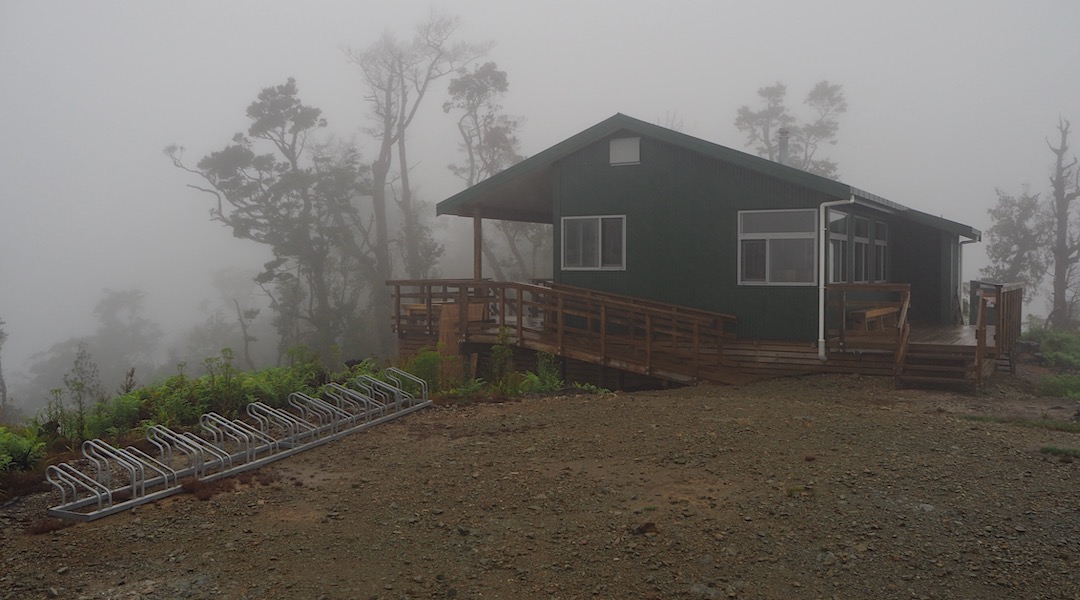