Also the gentle flow of water in Stanley River immediately below. It’s only ankle deep.

I read Gerard Hindmarsh’s book Kahurangi Calling yesterday, and it fully resonated. I walked south from the Kahurangi lighthouse a couple of years before him with my brother and a friend, and it remains the most challenging tramp of ever done, above even my solo Kokoda track efforts. I’ve met Bruce Rae down in the Pyke River wilds, who spent some years eeling and possuming the middle of Kahurangi. The stories of the huts I’ve just stayed in the last few days are told, along with plenty more of interest.

Once again, I mucked around listening to the birds and drinking more coffee. Just easing into the day.

The shelter doesn’t have much in the way of windows, so after I listened to the 5 am news I went back to sleep.

I’ve dispensed with knowing the time since my phone battery is dead, and I need to take a photo with my camera to determine exactly what time it is. Actually, I don’t much care.

So much for theory. It was almost 6 pm when I finally arrived.

I spent some time just sitting in the forest listening to the kākāriki, and bellbirds. A kākā made a racket, as they do, and I even managed to get a look at it for a while, too high in the foliage and silhouetted against the light sky to take a photo. Then, a good but brief look as it flew away.

The track is fairly root bound, but easy enough to follow, and cruises up an over an unnamed saddle, around 1100 m, before more of the same on the other side, except in the downhill direction.

At The Forks it became a properly benched track, the old gold miners pack track.

All of a sudden, I realised I could make it back to the car tomorrow if I start early.

It’s been fairly lazy travel to date. Just building up strength for some bigger days coming up.

Down at the river, a lone whio/blue duck was resting, standing on one leg with its head tucked away.

Right on sunset, two kākā start squawking loudly to each other, as only they do.

My last night on this trail will be like all four previous nights. On my lonesome.

Just hoping that I don’t need to have too much dirt road walking experience tomorrow.

A guide to the night’s accommodation: Anatoki Forks Hut. 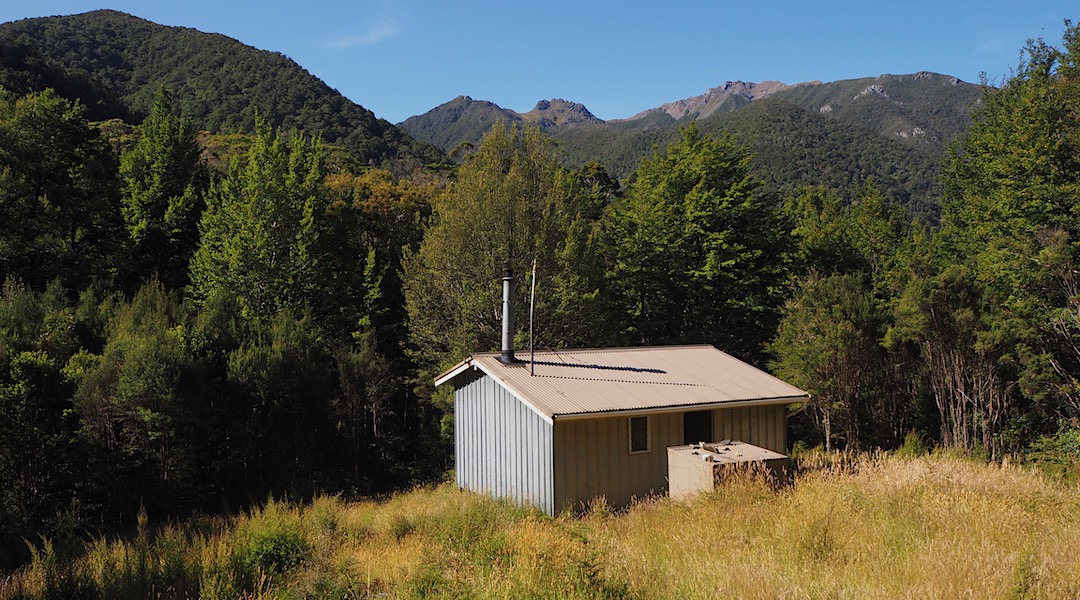