Snow was mostly gone from around the hut after what must have been a little more rain in the night.

Despite that, the stream wasn’t up and I negotiated what turned out to be 16 crossings without water coming over the top of my boots. You need to choose your crossing points carefully.

As I’d left around 8 am, at this time of year just enough light to see my feet without using my head torch, I managed to get to the base of the climb to Palmer Hut just at 10 am. That was making fair progress.

The first stretch up the hill was ridiculously claggy. After three steps I already had 30 mm of clay adhering to my boots, and the first 20 minutes were entirely slippery. The greasiness stopped once I made it into the snow which proved to feature for the remainder of the day. It was surprisingly firm to begin but became more slushy as the day went on.

Patches of blue sky above, and for a while the sun even came out. That necessitated some crude snow goggles, made from a paper towel. I ripped a gash in the right position over my eyes and held it in place with my glasses.

While the snow encouraged movement, no point in sitting down for a rest, it also slowed me down considerably, and I was thinking that it was becoming increasingly improbable I would make it to Palmer Hut in daylight. As I approached Willow Hut I had to seriously consider staying.

It was almost 4 pm when I hit the turnoff to the hut leaving less than two hours of any form of daylight.

I decided to stay, despite the primitive conditions.

And that dead cat in the corner looked recent.

A guide to the night’s accommodation: Old Willows Hut 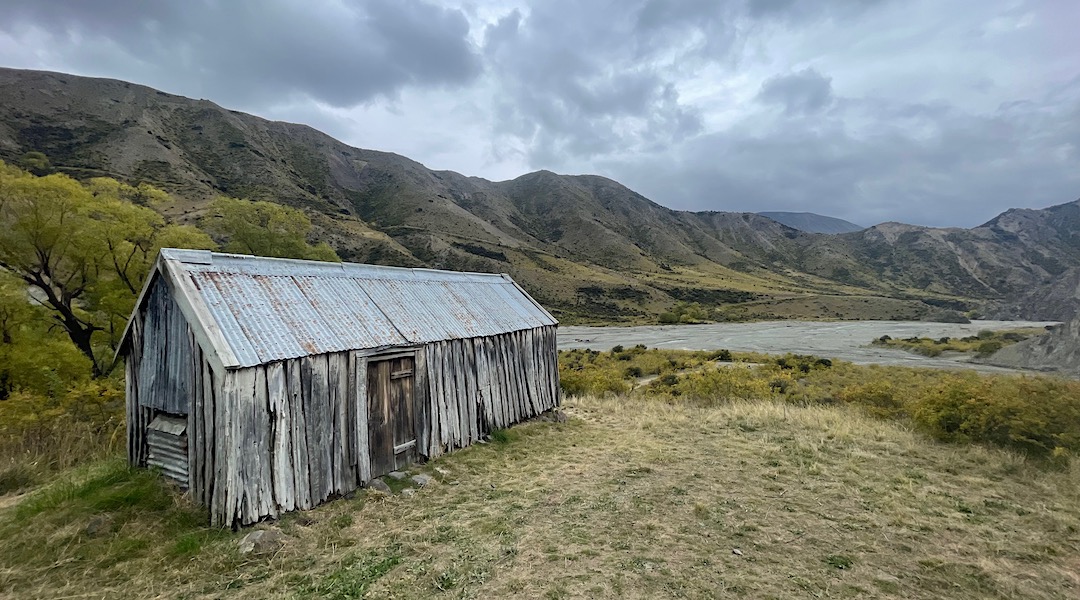