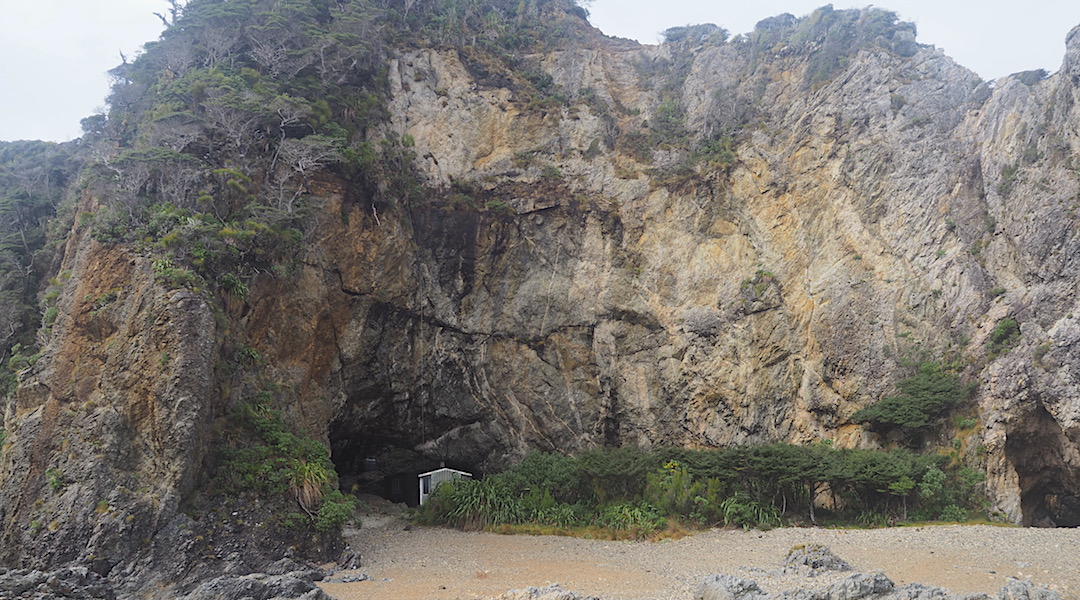 Westies Hut. Who wouldn’t want to stay in a fully equipped hut located in a sea cave?

Carpet on the floor, and Victorian pictorial wallpaper on the walls. Just a few metres from the spring tide mark where the Southern Ocean rolls its booming way in.

Sure it’s damp, and smells of rat, a lot.

But who doesn’t want to have at least one night pretending to be a pirate?

Lower Gridiron Shelter is a tree house, accessed by a ladder.

Upper Gridiron Shelter has a fourth wall that looks like hand-hewn rock by a skilled sculptor. And a swinging seat that hangs from a cliff.

Of the two well-known Stewart Island/Rakiura caves the one at West Ruggedy Beach is preferable. It has been kind of fitted out with the bed base from stray driftwood, and once boasted a fireplace complete with a chimney.

The cave at Doughboy Bay is shallower and damper, but once housed a reclusive Japanese woman in the late 1970s, and some stranded sealers sometime in the early 1800s. Only for the desperate now the marvellous Doughboy Hut is only 100 m away.